A service summary is not available

Light a Candle
Leave a Condolence
Message from carl reeves jr.
February 18, 2017 11:26 AM
After 40 plus years as my tenor singing partner at Nakina Baptist Church I am going to miss Leroy greatly. We had a fun time praising the Lord in word and song. I am positive he is singing in the Lord's choir now.
Message from Cathy and Mark Gore/Rachael Jackson
February 17, 2017 6:44 AM
May your cherished memories bring you peace and comfort through all the days that are ahead. May you know that our thoughts are always with you.

All my best- Kathy-Nakina High '77 Graduate
Expression of Sympathy

A MONET'S GARDEN TABLE BASKET was ordered on February 16, 2017

My deepest condolences to you and your family. Please know that you and yours are in my thoughts and prayers.
Message from Jeanene Jenrette Lee
February 15, 2017 6:54 PM
I was so shocked to hear about Coach. He was a great role model. I enjoyed having him as a teacher and riding the bus back after games. If we won and the boys lost no one said a word. Later after I started teaching and coaching he came to our games on the way to the state playoffs. His support was so special. I am praying for all of your family members.

A candle was lit by Bonnie Spivey on February 14, 2017 10:18 PM
Message from Sherry Ward
February 14, 2017 2:37 PM
Thoughts and prayers for all of Mr Leroy's family and friends! He made a difference in so many lives and his memories will live on in our hearts! My sympathy during this time of loss.
Message from Helen Clewis Monroe
February 14, 2017 1:30 PM
Dear Sandra:
Seeing you @ Dale's Seafood n Lake Waccamaw has always been a joy & pleasure. Looked forward to Fridays when u would call n ur carry out orders on
ur way home from LeAnn's. Please know u & all the family is n my Love, my
Thoughts & my Prayers. Leroy was a very special person & classmate to me. 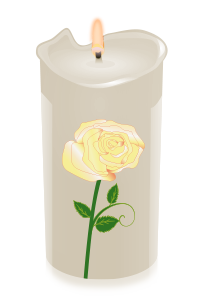 A candle was lit by Kelly Hughes on February 13, 2017 4:11 PM
Message from Steve and Bonnie Cox
February 13, 2017 3:01 PM
We are saddened to hear of the passing of Coach Ward. He was loved and respected by so many of his students and players.
Our thoughts and prayers are with his friends and family.

A candle was lit by Guy and Debbie Register on February 13, 2017 3:01 PM
Message from Jimmy & Jan Bartley
February 13, 2017 12:02 PM
I am so sorry to hear of the death of Mr. Ward. My deepest sympathies are with you in this difficult time. Please know that the family is in our prayers. Mr. Ward was such a gentleman and always treated everyone with the utmost respect and made us all feel appreciated during our time together at Columbus County Board of Education. He delighted in sharing how much he loved his grand girls and always looked forward to time with them.
Message from Leigh Powell Hines
February 13, 2017 7:39 AM
My thoughts and prayers are with everyone in the Ward family. My deepest sympathy during this difficult time.

A candle was lit by Danny and Judy Gore on February 12, 2017 7:03 PM
Message from Debra Hammond
February 12, 2017 5:28 PM
Mrs. Ward,
I am so sorry to hear about the passing of Mr. Ward. He was so special to me. I fondly remember all the days at Nakina as a student and athlete, and afterward when he was my mentor at the beginning of my first principalship. He was so proud of his students and all their accomplishments. He was professional, supportive, and kind. He was the type of educator and role model that our students so desperately need today. He will never know the the overwhelming impact of his days working in the Columbus County School System and the number of lives he has touched in such a positive manner. His love and genuine respect for all those he encountered will always be remembered by me and many, many others. You and your family will continue to be in my thoughts and prayers. 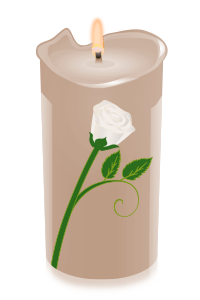